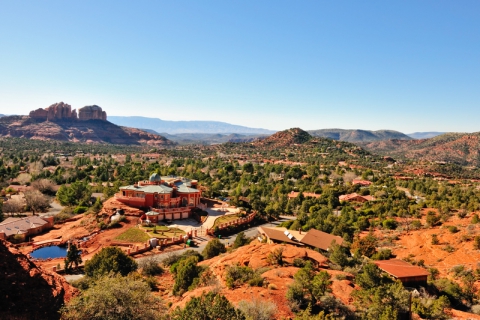 The United States is one of the largest countries in the world (it’s actually the third largest, to be precise). With a land area as substantial as that of the US, we know that there is incredible diversity across the country. From climate and weather, to flora and fauna, to mountains and beaches and more, traveling from one state to another can mean an entirely different scene—and oftentimes, packing a completely different wardrobe!

As this incredible diversity affects practically all aspects of life, housing styles around the country are no exception. The homes we often see in Vermont are drastically different from other homes in other places around the US. Smith Building Company knows houses, with over 30 years experience in the home building and renovating industry. Check out some of these unique house styles from different states across the country!

The state where we are proud to call home, Vermont first saw European explorers enter the region in 1609, with English settlers establishing Fort Drummer in 1724. We’ve been around since the original 13 colonies, and much of our classic house style reflects a lot of the colonial style the east coast is known for. Traditional wood frames and siding remain as relevant today as they did back in the 18th century. If you visit some of Vermont’s most historic homes, you’ll see how they have some of the same features as modern styles! As long as it protects against the cold and snowy winters, we’ll go for it.

Our favorite peninsula juts into both the Gulf of Mexico and the Atlantic Ocean, and the housing styles accommodate the location. With the tropical storms that can occasionally rock the area, Florida homes are sometimes iconic for resting on stilts. Not every home is built in this style, just as varying home styles and designs exist in every state. Yet the stilts have acted as a barrier against flooding and water damage for centuries.

Even before settlers arrived, housing had been built on stilts and raised above ground by the Seminole Tribe. Their houses, called “chickees,” have components that can still be found in modern housing today.

The southwest corner of the United States largely utilizes adobe to construct their houses. Arizona is known for being a part of the Sonoran desert, where temperatures can rise past 120 degrees (Fahrenheit) in the summer. The scorching heat of the desert makes adobe an incredible material to work with.

Adobe is comprised of mud, dirt, and other organic matter. In some places, adobe was made into bricks, which would dry very quickly in the heat of the desert sun. Modern uses of adobe often involve reinforced steel walls, which adobe is then poured over and dried. We often think of adobe as primarily a housing style with Spanish influence, as it was largely utilized in Mexico and the southwest United States. Yet adobe is actually used all over the world! Adobe structures can be found in Yemen, Romania, Peru, and many other countries, and it has been used for thousands of years. One example is the citadel of Bam in Iran, which is a massive city comprised entirely of adobe, and dates back to around 500 BC!

Adobe has been used in hot and dry climates because the materials are easily available and houses can be constructed relatively quickly. The other main reason it’s an incredible resource is that it naturally keeps homes cooler in summer. Adobe walls essentially store heat for a long time, releasing heat as temperatures begin to drop at nighttime.

The Pacific Northwest is famous for its beautiful and vast forest landscapes. The same can be said for many states in the north and northern parts of the midwest, which is where we see some incredible log cabins. To be fair, log cabins have somewhat taken a back burner in terms of permanent housing, and are oftentimes symbolic of vacations designated to escape the city. But log cabins are still a housing style that have been in place for centuries, and still remain in place today!

Even in today’s modern log cabin homes, there’s still something incredibly rustic about leaving the wood (or logs itself) exposed to the world. With westward expansion, this started becoming the housing style of choice, as it was relatively easy to construct with the woodland resources available. Oregon was no exception, where, not one, but six national forests can be found just within the state! Indigenous tribes like the Chinook were some of the first to construct longhouses made of cedar planks.

From sea to shining sea, the US is home to some amazingly diverse housing styles, which are by no means limited to this list alone. No matter what style you’re considering for your home, Smith Building Company is here to help! For premiere homebuilding and renovating services, call Smith Building Company today!

Renovate an Existing Home or Custom Build a New One: Building Tips